The Latvian Fund for Nature has chosen reeds to be the habitat of the year 2016. Reeds are an important living place for various bird, fish, amphibian and invertebrates species.

Reeds can be found almost in every lake in Latvia; however, the biggest arrays of reeds are located in coastal region lakes – for example, in the Engure, Pape, Kaniera lakes and others. Since the reeds grow rapidly and they squeeze out other plants, there are lakes where due to the overgrowth the reed area has increased rapidly. One of the main reasons for the overgrowth is that additional nutrients flow into the lakes. Leakage from agricultural lands could especially advance this inflow. Lowering of a lake’s water level also advances the development of reeds.

Considering ecological functions, the reeds are also important for smaller water bodies and wetlands. Their role is significant in diversifying ecological niches in the landscape and they also ensure biodiversity and reduce the leakage of nutrients coming from agriculture and forestry.

The reeds are an essential habitat for several protected bird species, for example, for the Great Bittern, Marsh Harrier, Little Crake, Bearded Tit and Savi’s Warbler. For the birds nesting in the lakes and for fish, it is important to have a mosaic of closed and open water surface areas which have been reduced due to lake overgrowth. Therefore, in order to prevent development of big monolithic reed arrays and the reduction of open water surface area, management of the reeds is important.

One of the most important steps in this management is fragmentation of the reeds so that channels are formed which increase the border zone between the open water and the reeds. The Great Bittern prefer to nest in such reeds and water contact zones, but to catch fish they go to the channels. The Great Bittern, in the reed ecosystem, is considered to be ‘an umbrella species’, which means that if there are suitable conditions created for this species, then at the same time it is also a suitable habitat for other bird, fish, water plant, amphibian and invertebrates species. This is why the Latvian Fund for Nature would like to draw special attention in 2016 to the management of reeds which would increase the diversity of birds and fish in this habitat and also create the possibility, for those who are interested, to learn about the species found in the reeds.

In 2016 the Latvian Fund for Nature will invite those interested to come listen to the vocalization of Great Bittern males; for pupils to visit the lake Engure reeds and the lake Kanieris footbridges; to get acquainted with their experience in reed management; to follow the life of a lake’s ecosystem online with the help of a web-camera and also to report on bird species in the nature observation portal www.dabasdati.lv. More information on the events will be available on the webpage of the Latvian Fund for Nature www.ldf.lv 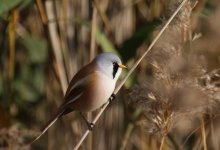 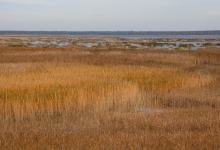 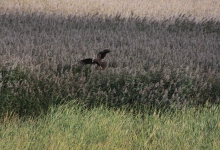