During the project "Evaluation of mire conservation status and preparation of management activities for priority mires" we evaluated conservation status in seventeen mires in protected nature areas. We used data forms prepared for mire inventory in Latvia as well as we inspected ditches and measured their key parameters, e.g. width, depth to water table etc. Majority of our inventory objects were raised bogs. The results of inventory showed that all bogs are more or less drainage influenced. Still the largest part of each raised bog still corresponded to the Annex I habitat type 7110* Active raised bogs. The mire parameters we recorded included characteristic species, mire microrelief forms, landscape elements as well as impacts. 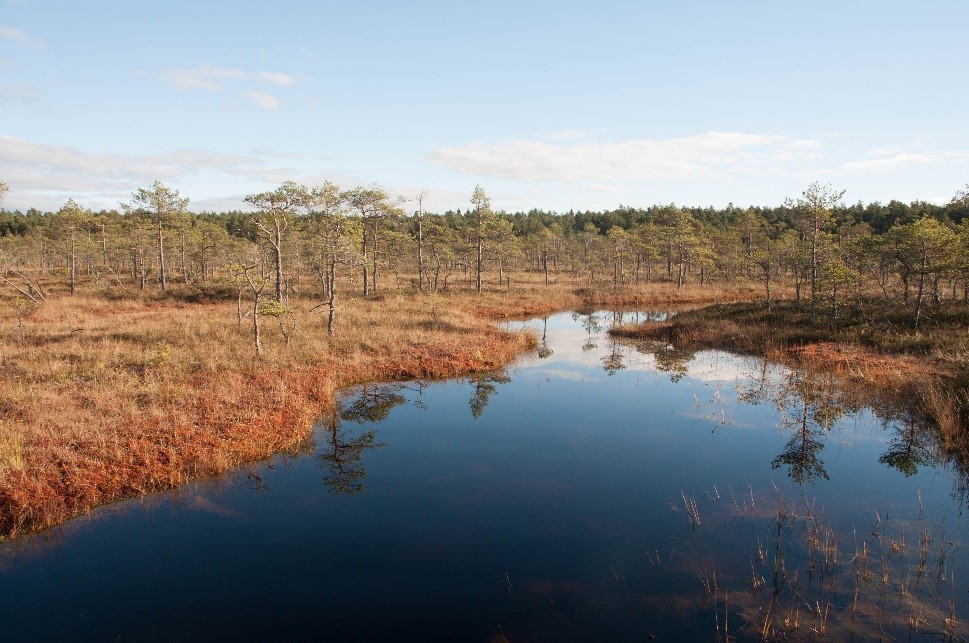 Signs of former peat use were recorded in 40% of mires visited. Peat digging by hand or simple excavation was used in 1930ies or earlier. Part of some bogs were prepared for peat cutting in soviet times, but it was not carried out there. Still system of ditches remained and these areas were severely influenced by drainage. We also concluded that water level had been lowered in almost every bog lake of considerable size. Hummock-hollow complex was present in all raised bogs, except three raised bogs. Majority of raised bogs had tree cover formed by Pinus sylvestris. The tree cover was estimated only for pine forms not characteristic for raised bogs. We recorded pine forms characteristic for intact raised bogs as well and all bogs had this type of pine. Only one third of the studied bogs had open area more than 5 ha, which made us alert on status of breeding bird populations in raised bogs in Latvia in general. Percentage of dwarf shrub vegetation, which we used as indicator for drainage influence, was from 10% to 100% of the habitat area. Mineral soil islands are important landscape elements in raised bogs as well as they are important cultural heritage areas in Latvia. The islands supported individual farms and fields as well as pastures at the beginning of 20. century. Often these islands host biologically valuable forests as well as they may serve as nesting areas for predatory bird species. 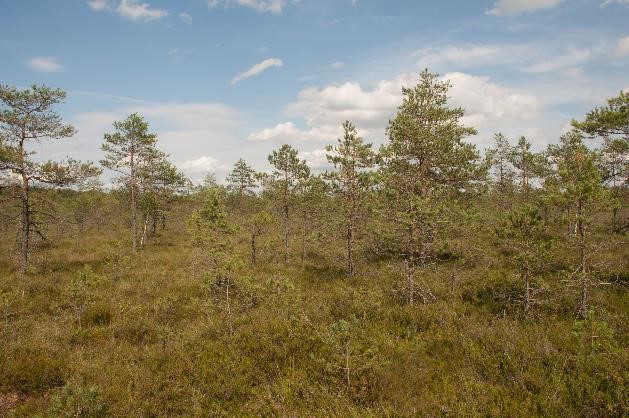 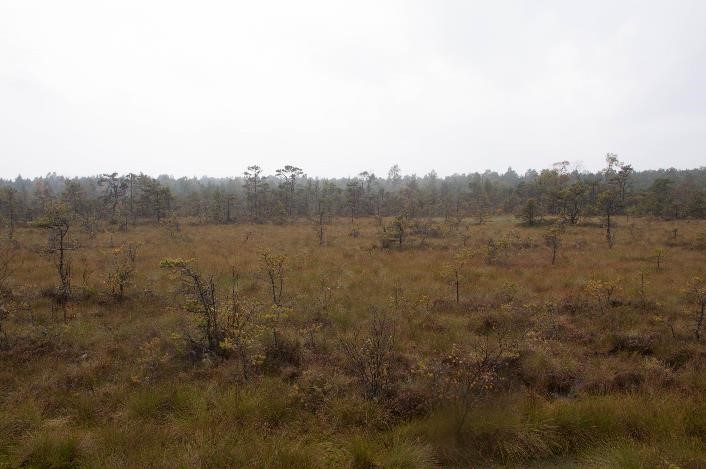 Despite the fact that our inventory was carried out only in 15 raised bogs, we can hypothesize that there are no intact raised bogs left in Latvia. Mire drainage and peat cutting started already at the beginning of 20th century in Latvia reaching its peak during soviet era (1950-1980) and had left significant landmarks and effects on landscape in Latvia.

We prepared recommendations to improve conservation status in mires. The next steps, however, are out of the frame of this project and might include include hydrological investigations as well as stakeholder involvement in order to draw the final decision on the best management activities in mires.

The project was supported by Latvian Environmental Protection Fund.